The Ranch Behind THE RANCH Restaurant & Saloon

The ranch for THE RANCH (lovingly dubbed “The Farm”). A parcel filled with well-tended fruits and vegetables that supplies about 70 percent of the summertime produce used in Chef Michael Rossi’s exquisite cuisine at THE RANCH Restaurant & Saloon, Anaheim.

Let’s start with the quail. I have to. Then we’ll go to the crops, and then the table.

THE RANCH’S COUNTRY FRIED PETALUMA QUAIL: This crisp-outside moist-inside quail will spoil you. Fried chicken – it just won’t be good ‘nuf any more.

It’s served atop baby arugula and roasted fingerling potatoes napped with agave mustard warm bacon dressing. This is the stuff food dreams are made of.

Now to get a small sample of what’s growing …

Master Sommelier Michael Jordan (shown here with sweet-crisp Painted Serpent cucumbers) plays a major role at The Farm – located on The Edwards Ranch Estates in the foothills of Orange (Orange Park Acres). It is owned by THE RANCH Restaurant & Saloon’s founder, Andrew Edwards.

Chiles from around the globe are grown here, many started from seeds in the greenhouse,  including this purple-black variety that shines in the sunlight.

THE GARDEN STARS: Beautiful heirloom tomatoes – dressed simply with Napa Valley Olive Oil and sea salt. With names such as Yellow Mortgage Lifters, Sarah Blacks, and Gigantesque. So sweet, so herbal, so delicious.

Delectable Colorado lamb chops teamed with baby artichokes and mint chimichurri. Enjoy it with a glass of Williams Selyem Pinot Noir and you might be able to hear angels singing. 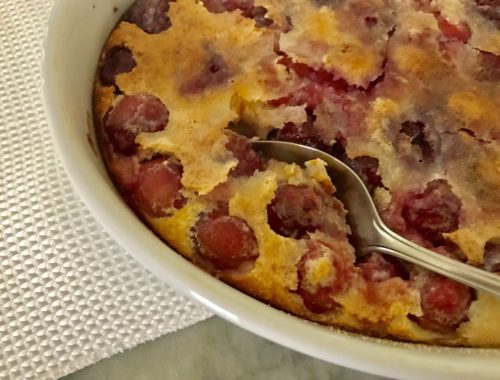 Feast By Firelight, Or Not