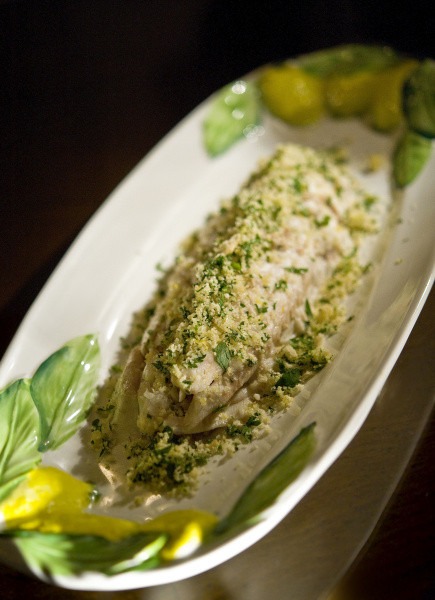 It was as if President Obama was coming to my house for dinner. That’s how excited I was. (Yes, this was written during a different administration.)

Thomas Keller, widely regarded as the top chef in America, was due at my Huntington Beach home to tape a cooking video with me. The chef-proprietor of The French Laundry (Yountville) and Per Se (New York City), two of America’s most prestigious temples of refined cuisine, was going to step into a real world home kitchen. An arena filled with imperfect pans and cozy utensils. My little well-worn kitchen awaited the chef with a reputation for being the food world’s reigning perfectionist.

The plan was to prepare a dish from her newest book, “Ad Hoc at Home” (Artisan, $50). The book provides recipes that are family-style friendly, comfort foods that are served at his three-year-old Ad Hoc casual eatery in Yountville. Some of the recipes are downright uncomplicated. Others, well, require considerable time and skill level.

Keller had selected an easy dish for the video, his Salt-Crusted Striped Bass. To be safe, I purchased three whole bass, just in case we needed backup if something, heaven forbid, went wrong. Measuring to determine the distance from nose to tail, I determined that once they were packed in salt these 18-inch fish would require a gratin dish larger than anything I owned. So unlike the glamour photo in the book that roasted the fish atop an All-Clad gratin pan, I’d have him use my shabby rimmed baking sheets.

Fast but precise, it turned out that he didn’t have a nitpicky attitude, especially for a guy who is an alleged perfectionist. He looked like he was having fun.

Out of the oven, the salt crust was the color of whole wheat toast. After letting it rest for several minutes, he used a mallet to break the crust into large pieces. Carefully he moved the crust shards aside and pushed back the skin. He used the narrow frosting spatula to lift off the top fillets, then starting at the tail removed the bone’s framework in one jolly piece. The bottom fillets, now exposed, glistened under the lights.

We chatted about optional accompaniments such as his crunchy gremolata or lemon aioli.

But it was fish alone that met my palate. A little piece, offered up from the baking sheet at Thomas Keller’s fingertips.

The smell was sweet, as was the taste. No, not salty, just perfectly seasoned, very moist and yes, sublime.

Keller’s Salt-Crusted Striped Bass
Yield: 4 to 6
One 3- to 4-pound striped bass, gutted, fins cut off with scissors
4 cup kosher salt
8 large egg whites
About 1/2 bunch flat-leaf parsley
Fronds from 1 fennel bulb (reserve the bulb for another use)
2 thin lemon slices
2 thin orange slices
Extra-virgin olive oil
Optional accompaniments: Gremolata or Lemon Aioli (recipes included)
Cook’s notes: Cleanup on the sheet pan was a challenge. The salt mixture baked into a cement-like mass and I had to use a sturdy spatula and hot-water soaking to remove it. I asked Keller if the pan could be lined with parchment paper or if a home cook could use a disposable aluminum pan. He said yes to both.

1. Remove fish from refrigerator and let stand for 15 to 30 minutes. Preheat oven to 425 degrees.

2. Stir together salt and egg whites in medium bowl. On a large ovenproof platter or baking sheet, make a layer of salt crust mixture just over 1/4 inch thick and slightly larger than the fish, patting mixture down into an even layer.

4. Stuff the back end of the cavity of the fish with parsley and fennel, using twice as much parsley as fennel. Place citrus slices next to them inside the cavity, following the shape of the belly. Center the fish on the salt crust. Working from the bottom to the top of the fish, pat the remaining crust mixture over it in a thin coating, covering it completely. (You  may have more of the salt mixture than you need.) Using a paper towel, pat the crust to remove any excess moisture.

5. Roast for about 40 minutes, turning the pan around once after 20 minutes, until the thickest part of the fish registers about 125 degrees (insert the thermometer though the crust). Remove from the oven and let rest for 10 minutes.

6. To serve the fish, have on hand a serving platter and a try to hold the crust and bones. Crack the crust with a wooden spoon or mallet, breaking it into large pieces and carefully remove it. Push back the skin and using a palette knife or narrow spatula, lift the top fillet, in large pieces, from the frame of bones that runs down the center of the fish and place on the serving platter. Then, starting at the tail end, lift the frame of bones out in one piece. Discard the fennel and parsley, and reserve the citrus slices to use as a garnish. Check the bottom fillet for any visable bones and remove them, then lift out the fillet in large pieces and transfer to the platter. Garnish with the citrus slices and drizzle with olive oil. If desired, serve with either Gremolata or Lemon Aioli. And, if you like, accompany the fish with saffron rice.

Gremolata
Yield: about 1/2 cup
1/3 cup dried bread crumbs, see cook’s notes
Cook’s notes: To make bread crumbs, preheat oven to 250 degrees. Cut away the crust from 1 loaf of country bread. Tear bread into small pieces or pulse to coarse crumbs in a food processor. Spread crumbs on a baking sheet and toast in oven for 30 minutes. Toss crumbs to redistribute and toast for another 30 minutes or until crumbs are completely dried out (they should not have changed color). If you want a finer texture, the crumbs can be processed in the food processor. Store in airtight container for up to 1 month.
1 to 2 teaspoons extra-virgin olive oil
3 tablespoons finely chopped flat-leaf parsley
1 lemon
1 medium garlic clove, or to taste
Kosher salt and freshly ground black pepper
Procedure:

1. Place bread crumbs in small bowl and toss with just enough olive oil to lightly coat. Toss in parsley. Using a Microplane grater, grate the lemon zest and then the garlic into the bowl (if you don’t have a Microplane zest the lemon with a box grater and finely mince the garlic). Season to taste with salt and pepper. The gremolata is best served shortly after it is made. 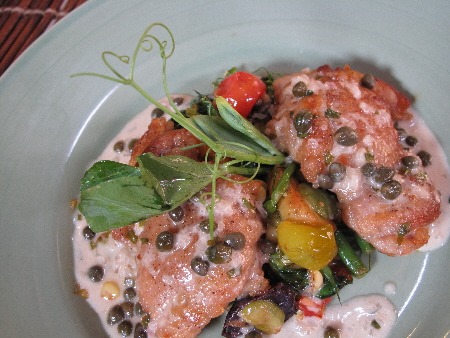